A downloadable simulator for Windows, macOS, and Linux

The most realistic paragliding sim ever made!

The wings are softbody, meaning they can flex and twist!

Fly cross coutry, ridge soar or speed fly the terrain with any glider of your choice. This simulator includes dynamic wind (ridge lift, lee side rotor) as well as thermals which are most likely found on the sunny faces of the terrain.

In the future I plan to add:

I am a solo developer, so please understand that things take time to create and implement but feedback ismuch appreciated from you guys!

Enjoy and if you would like to see further developments please consider donating.

Thanks and Happy Flying!

For your game already complete it will be good for future improvements to add maybe small forests, add buildings and can be added multiplayer even if it is complicated

I think the multiplayer is pretty easy to do with unity because it is already ready. But it's my opinion and i'm not sure but I've seen some videos on YouTube that explain how to do this.

I just installed demo 4 ... It’s amazing, the winds, the wind losses behind the relief, the physics of sailing is just great, the new textures are successful and AI is just too good. Thank you for your work

Hello, I think your game is the best in the field of paragliding, the physics is very well done (even if it can be improved), I follow the evolution of the game with attention, good continuation

This is great! Some ideas I have that you could do are:

- allowing people to import maps (like make a map in unity then import it somehow or use a heightmap from terrain.party)

- make the thermals a bit cone shaped, so they get a bit larger at the top

- in the weather tab, instead of setting a singular direction, be able to set a range of direction and speed, and have it slowly change

- also in the weather tab, it could be cool to be able to change the strength and size of thermals

Just some ideas I had. Awesome job man

Your ideas are realy good but I think it's not a good thing to add a lot of configurations in a game beacause the new gamers could be lost and the game could be to big for some computers. And this game could also be a game for people who are not paraglider pilots and too much information could scare them. But maybe do two versions with a complementary version more developed for pilots jwho have a good computer ! (sorry for my english)

Evan please keep up the good work! This is such a great Simulator! Its really fun! Please keep going!

Evan - you've done such a great job. Playing this sim is such a bliss! Both soaring and catching thermals. Just lovely!

Absoloutely loving this, it feels so like flying a real glider - perfect for when the weather is bad! Could I request the option for separate weight shift controls on the keyboard though? I think I'm missing out on some of the potential of the game having it only combined...

Headtracking (like TrackIR) would make this game complete for me!

I agree, having axis (like pitch, roll, yaw) for the first person view camera would be so good

This is a really great simulator Evan.

I've been using an xbox 360 controller and have worked out a control scheme that is functional. I think the addition of a small deadzone option, or just in the code would help with some controller drift on older sticks. Another option to use left and right triggers as brakes both independently and together would be really comfortable. Currently you can use axis 3 (360 controller) positive and negative for the brakes but you cannot use them together to pull both brakes. Another option that I think would be really helpful would be "Head-turn on weight shifting" When using the 1st person view, having the camera turn slightly towards the weight shift direction would help with navigation and add to the immersion. You could have a user option which included the amount to be applied.

Can't wait to see the continued development of this simulator :)

When will be the update? :D

Hi, Evan.
Such an amazing simulation!
Will there be a discord channel to hangout?
Would be also cool to see a github account for issue tracking and documentation.
Do you know http://www.parafly-sim.co.uk/?
It is sadly abandoned since 3 or 4 years. :-(
But i think pg sim will be a better replacement. :-)

+1 for physics and visuals. How do you implement ridge wind? With lookup tables or with some fluid simulation?

I just sample the height of the terrain around the player, do some vector maths and thats it.

Great work! I`m amazed by physics. All the tricks i know work good and the rest seem to work well. About mouse and keyboard i would suggest a static aproach like in Condor Competition Simulator - it`s intuitive and very responsiwe. No need to constantly drag mouse or repress keys to maintain steady circle. I suggest mouse up > speed, left/right > direction, down > brakes - this would fit all controlls needed in a single hand.

Discovered your soft from Andre Bandarra on YT.

What are you implementing those days?

hi, awesome app! Any chance that it will be available on IOS?

Really good simulator ! the best one out for sure, softbody physics are really well done and how the sim supports dynamic wind and thermals is really cool ! I really love it !

I think a "repair wing" button would be a good feature to add, in order to put the wing back to normal when it's upside down after collapsing for instance. Idk if it's an easy thing to implement tho :)

keep up this awesome work !

Thank you man, that's really a consolation in such a long time without flying (quarantine & home office). The physics of the paraglider and the thermal behavior is so close to the real, just amazing. And the new update 3.3 is even more realistic.

As an info: I use a "BigBen PS3 controller" and the sensitivity is at 15, so I have all the way from the stick as a 100% way of braking in the simulation. My operating system is Linux mint 19.3.

p.s.: I made an account here, just to comment you and say that I appreciate this so much!

My wishes: Larger areas and multiplayer

Thanks and I also would like to create multiplayer eventually.

This is really one of the best sims I ever played! I made an account here, just to comment you and say that I appreciate this so much! I hope you can go one with developement and maybe add a bigger world, or maybe even a random generated infinite world (just my ideas).

And now I have to go, playing your simulator the rest of the day

Thanks have fun flying!

make his words mine too! lol

Found you on Itch after downloading and logging 10+ hrs on the android version. I've been a flight hobbyist my whole life, from early Microsoft flight sims, to R/C modeling and kites, all the way to paragliding. And this sim scratches the itch as well as any sim out there. The physics are managed so well that the rhythmic/timing elements of paraglider control emerge organically.

After playing through and unlocking every wing, I found myself tweaking the wind settings until each launch point became its own puzzle... Low wind for low launch points to see how efficiently I can scratch for lift, climbing the terrain to ever greater lift. Or, alternately, grabbing a speed wing and figuring how much wind would be necessary to cycle me back to the summit from a speed run.

Like I said, the physics are lovingly rendered in what becomes one of the best flight sandbox experiences I've enjoyed to date. The physics of the wing set the tempo of control input, which forces the decision making process to occur at that wing-defined pace which is (potentially) deeply satisfying and therapeutic.

This is really excellent stuff, man. I have nothing but praise and gratitude for what you've made here. I sincerely wish you, and this project the very best.

I do have a number of ideas (both small and large) for development. Let me know if you're interested in the input, and the preferred means of communication, 'cause you have me emotionally invested in your continued success.

Thanks, good to hear someone is enjoying it!

You can contact me via email or on FB.

This is really neat, using it to learn more about centering in thermals. As mentioned on FB I really hope at some point a VR version could be made - this could work with even headsets that have just 3DOF.

Thats great to hear, thanks. 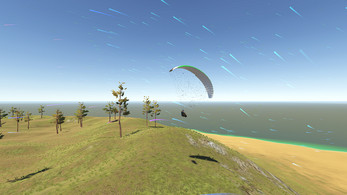 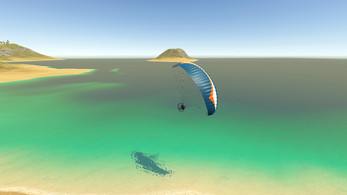 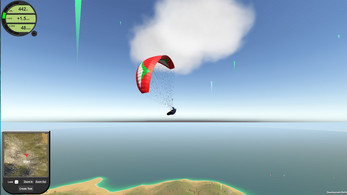 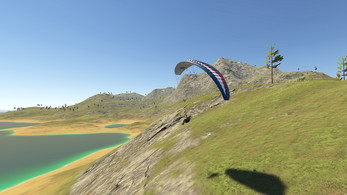 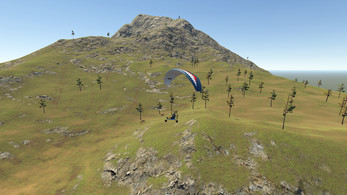 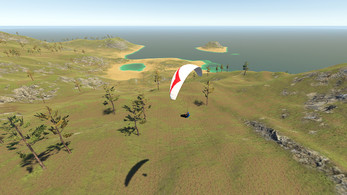 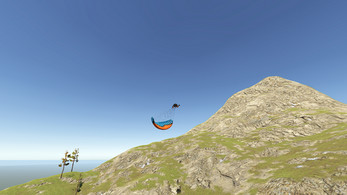 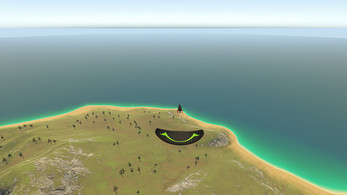